It may come as a surprise to some what lasers are used for. Though lasers may still sound like technology of the future, health professionals know otherwise. In fact, health professionals, such as chiropractors and physical therapists, have been using lasers to accelerate the healing process for nearly five decades, starting in 1967 with the work of Professor Endre Mester, a Hungarian physician who experimented with using lasers to treat skin cancer.1,2

Now, laser therapy is a modality used to improve and accelerate results in treatments for patients with the utilization of a red-beam or near-infrared laser, with varying ranges of wavelengths and power depending on the class of laser.3
As a modality, laser therapy, like PHS's Apollo Cold Laser, is incredibly flexible and is used for conditions ranging from sports injuries to arthritis. Simply put, it's impossible to encompass all that laser therapy can do in a single article.

While "laser therapy" may sound daunting to patients, explaining the process is likely to eliminate any fear they might have. In laments terms, a laser unit uses laser to penetrate deep into the patient's tissue to promote stimulation 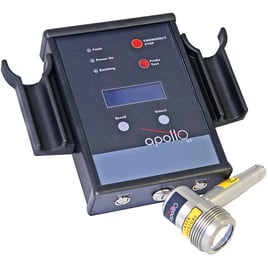 to muscles and surrounding tissue. The cellular metabolism increases, which accelerates cell repair, increases blood flow and stimulates the immune and lymphatic systems.

Like any modality, low-level laser therapy (LLLT) isn't a one-size-fits-all treatment. There are teams of medical professionals that look primarily at outcomes and results of each treatment and if the desired result hasn t been achieved in a certain amount of time, other treatments are typically discussed to determine what would make the biggest impact on patient pain and function. Even when LLLT is determined to be a good treatment for a patient, it is very rarely used as the sole treatment in a therapy plan.

Unfortunately, most patients will be hard-pressed to find an insurer willing to cover the cost of laser, as it's commonly considered experimental due to inadequate evidence of its effectiveness.4 Yet with declining reimbursements for most therapies, patients are becoming increasingly drawn to it due to the promise of a relatively short and affordable treatment.

The trend of patients paying out of pocket is growing- since patients seek fast, result-driven treatments, they will pay for laser in conjunction with joint mobilizations if medical professionals feel it will help them.

The Future of Laser Therapy

Despite being utilized by many practices, there is still much to be learned about the effectiveness of laser therapy. Most devices are classified as Class II devices by the U.S. Food and Drug Administration, and between 2002 and 2009, 43 such devices received 510(k) clearance for marketing - but only for temporary pain relief. Additionally, most of these clearances were only for symptoms related to wrist pain due to carpal tunnel syndrome.3

Of course, professionals strive to supply long-lasting pain relief and deal with much more than carpal tunnel, so further clearances are crucial for laser to be universally seen as a valid, safe treatment and advertised as such. Yet these clearances are not possible without extensive research on the impact of the treatment. It's realistic to anticipate that ever-increasing co-pays will result in an increased demand for quicker therapies such as LLLT; however, until further research is done, it's unlikely this modality will become as commonplace as ultrasound or electrical stimulation.

While many practices are utilizing this therapy, there are countless practices that are not. At first glance, the reasoning behind not offering this treatment is solid: Scientific evidence supporting the treatment is in its infancy, and the absence of financial reimbursement from insurers forces medical professionals to present the therapy to patients while knowing they'll have to pay out of pocket.

"Physical therapists don't like to sell things," says Kim Nartker, PTA. However, as she's seen more and more of her patients opt for LLLT, she's started to envision suggesting the treatment less as trying to make a sale and more as fulfilling her duty to her patients.

"We are in a profession that can help people live pain-free," Nartker said. "I feel that we are obligated to offer solutions that help our clients achieve their personal goals."

This blog was curated from an article written by Sarah Sutherland of ADVANCE Healthcare Network and originally was published on January 4, 2017 here.